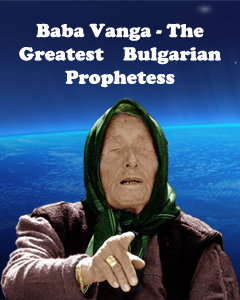 Some of the personal Baba Vanga advices for families often told to visitors: