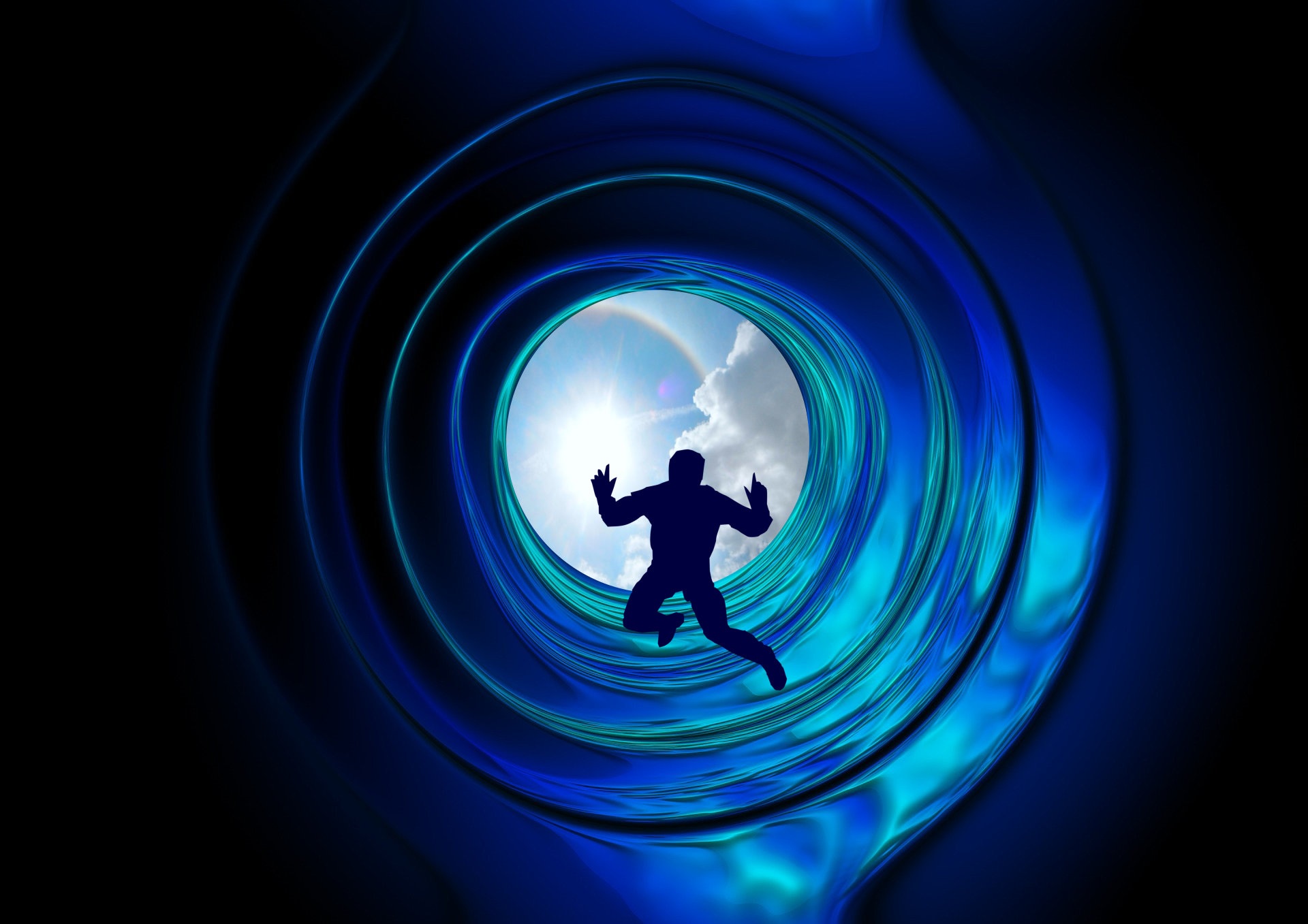 Thanks to this deception, the elite have been able to keep humanity in check. If you think about it, every dictatorship has always relied on death and mostly the fear of death.

Death does not exist!

If a man knows that he is immortal, he does not bow to any dictatorship.

Religion and scientific regime are two sides of the same coin…one says that if you are not a good slave you will go to hell, the other that we are here by accident and will disappear into nothingness without any reason. And that this whole world so complex and bound is only the result of chaos, thus increasing the fear of death when one becomes convinced that this is the only life available to him.

The following are some confessions of powerful people, doctors and scientists who contradict this absurd thesis:

A Swiss psychiatrist who devoted her life to the treatment of terminally ill patients.

She said: “After working for many years with dying patients and after learning from them what life really is, what is regretted when it is too late, I began to question what death really is.

So I started collecting information about OBEs (out-of-body experiences) that my patients told me about. It turned out that all these experiences had the same characteristics and were similar to other similar reports, by other doctors, in other parts of the world. From Australia to California, all these experiences have had one common denominator: the perfect awareness of these people that they are leaving their physical body, remaining fully conscious. All this leads me to the conclusion that death does not exist – as we understand it in scientific language. Therefore, to die is to lose only our physical body, like a butterfly when it emerges from its cocoon.

It is about a transition to a higher level of consciousness where we continue to perceive, laugh, understand, evolve and where the only thing we lose is what we no longer need – the physical body.

None of the patients who had this kind of experience feared death. None. In addition, many of them experienced a sense of wholeness of their own body again, as when they were healthy. For example, someone who was hit by a car and lost his leg, leaving the physical body had his leg in its place.

Another patient who lost her sight during an explosion in a laboratory was able to see and describe the accident and the people who came to her aid in the laboratory upon exiting her body. But when she came back to life, of course she was completely blind. Therefore, it is clear why many of the people who had experiences of this type did not want to return anymore, because they had a way of knowing a place much more beautiful and perfect than that on earth. We should not fear death. And one way is by knowing that it does not exist and that everything we experience in life has a positive purpose. We must free ourselves from negativity and begin to see life as a challenge, as a test to improve our own inner resources and strength.

What we have learned from our departed friends, who have returned to tell us their experiences, is that every human being after passing over sees his whole life as a film, thus having the opportunity to review his every action , every word, every thought and to judge for himself. Therefore there is no judgment but ours, and no judgmental God ready to punish us.”

He was chosen by the New York Times as the third best living scientist who affirmed: “Life and consciousness are central to the universe, and in fact consciousness itself is what creates the material universe in which we live, not the other way around. Taking the structure of the universe, its laws, forces and constants, they seem optimized for life, suggesting that mind existed before matter.”

In reality, consciousness exists outside the limitations of time and space. It is able to be everywhere – in the human body and outside it. In addition, mega-universes can coexist. In one universe the body may be dead until in another it continues to exist, absorbing the consciousness that migrates into that universe. This means that the dead person does not go to heaven or hell through the tunnel, but to a world similar to ours. And this way to infinity – hence death does not exist.

Without resorting to religious ideologies, the scientist tries to explain quantum consciousness with near-death experiences, astral projections, out-of-body experiences and even reincarnation. The energy of consciousness is at some point recycled into another body and during that time exists outside the physical body, in another level of reality, even in another universe.

He is a Harvard neurosurgeon with significant teaching experience. He was always skeptical of the afterlife and the accounts of out-of-body experiences of his patients. But since falling into a coma for 7 days in 2008 due to a rare form of meningitis, his views have changed. His story appeared on the cover of Newsweek, but also in a book with the significant title “Proof of Heaven,” which recounts the 58-year-old doctor’s experience of visiting what he himself called “immeasurable high above the clouds, filled with transparent and sparkling beings”.

Between life and death: one autumn morning in 2008, Alexander woke up with a terrible headache and a little later was admitted urgently to one of the hospitals where he worked – Lynchburg General Hospital in Virginia. There he was diagnosed with bacterial meningitis from Escherichia Coli, a typical childhood pathology, which within a few hours put him in a coma. For 7 days, the American neurosurgeon remained between life and death and frequent CT scans and precise neurological visits showed complete inactivity of the neocortex (which in humans represents 90% of the surface of the brain and is composed of the gray part of the cell body of neurons and provides the ability of the organism, and especially the human, to perceive the environment, to communicate, remember and judge).

The Dimensional Evidence: As Eben Alexander lay motionless and unconscious, he also experienced an incredible journey that would later change his life. It all began “in a world of white and pink clouds, standing out against a sky as dark blue as night, and flocks of luminous beings that left behind a bright trail”. According to Alexander, describing them as birds or light beings is not the most appropriate, these beings as he describes are a higher form of life. In this dimension, enriched with glorious singing – the hearing and sight become one. “I could hear the beauty of these extraordinary creatures and with it I could see the perfection and joy of what they sang.”

Millions of Butterflies: For much of his journey, Alexander was accompanied by a mysterious blond girl with blue eyes. He says he first met her while walking on a carpet made of millions of brightly colored butterflies. The doctor remembers the look in her eyes that expressed absolute pure love, far beyond what could be experienced in real life. She spoke to him without using words, sending messages that “entered him like a gentle wind.” He remembers 3 of them in a special way. “You are loved and cared for”, “There is nothing to fear” and “You can’t do nothing wrong”. But the doctor’s companion also added: “We will show you many things here, but in the end you will return back.”

Cosmic Womb: Continuing his journey he arrived in a vast void, completely dark, infinitely wide and comfortable, lit only by a bright sphere, “Something like a translator between me and the vast presence that surrounded me. It was like I was being born into a bigger world and like the universe itself was one giant cosmic womb. The sphere guided me through this endless space.’

It is certainly not the first case of what is also known as Near Death Experience, but it is certainly disconcerting that it is told by a well-known professor of neurosurgery who has always declared himself a skeptic.