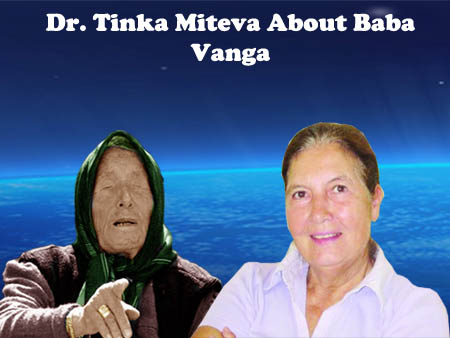 I studied Psychology at the Sofia University, and later on – Psychotherapy at the Swiss Academy of professor Waldo Bernasconi.  In 1967 I was appointed an associate at the Institute of Suggestology, founded by prof. Georgi Lozanov. Having just graduated, I left for Petrich, where together with other colleagues we studied “the Baba Vanga phenomenon“. My work consisted in recording all conversations of visitors with the prophetess, then talking to them to see if what she said was true, if she managed to guess their circumstances and to what extent. In the evening, I compared the records from the tape recordings with my notes for what people said after the meeting with the prophetess.

I did my work with great interest and love. The memories from this stage of my life are unforgettable. I was very impressed with the authority Baba Vanga had in front of her visitors. They would go up to her as if she was God, with awe and utmost respect, with real emotion, afraid of what they are about to hear, but hopeful that they would find a solution to their problem. They believed her very much. It turned out that 90 percent of her words were the truth.

On some trivial questions such as “You have two children, don’t you?” “Is your mother’s’ name Maria?” Baba Vanga would often make mistakes. She didn’t go deeper in things that were not so important or something to worry about. She would send back home women who have come to ask her about their love stories, because she wanted to help the people who really felt pain and needed help. Every day, there would be about 30-40 visitors, which was impossible for an ordinary psyche to handle.

Baba Vanga would sometimes collapse from the impossible exhaustion. I was amazed how she managed to handle such extreme emotional stress. But she was good at taking down the pressure. Every Saturday, for instance, she would go the the St Petka church in Petrich where the liturgy lasted for several hours. For Baba Vanga, this was a ritual of particular significance. She was a Christian and she would never hide her faith. She also went to weddings, baptisings, she would always respond to such invitations in her earlier years.

I don’t know where she got her information, but she knew very well all good doctors in the country. Most of them she knew by name only – not personally. I remember that she would often send women who could not have children to some d-r Shtrakalev.

Even if you were the biggest sceptic, if you could only spend enough time with Baba Vanga, you would certainly admit that she was a great phenomenon. Because there really were odd situations, for which she couldn’t know the truth from anywhere else, except “from above”.

I remember one such case. One early afternoon, already a little bit tired, the prophetess asked her sister Luba to open the windows, so “the souls of the dead could go out” and she told me to ask inside two women with black scarfs on their heads, “who were sitting in front of the door”. The visitors came in, and it turned out that they come from Macedonia – a mother in law and a daughter-in-law. The older one told the tragedy that had come over them – her son and grandchild had drowned while fishing. But for weeks on end the divers could not find the body of the child. The two women could not sleep – they lived with the hope that the boy might have, by some miracle, survived. Baba Vanga, however, told them the truth: “The boy is dead. Go to the little pub, there are willow-trees on the left, whose branches are hanging over the river. There, under the trees, you will find the child – the body got entangled in their roots.”

Two days later a telegram came in Petrich: “Auntie Baba Vanga, we found the child, where you said he will be”.

This case, for me was a definite proof of Baba Vanga’s incredible powers. And I have had many other opportunities to be convinced that her powers are real. But I never allowed myself to ask her anything about me. I worshipped her and thought that I would disappoint her very much if I started asking about myself.

Even until today, I never managed to find an answer to the question: where did Baba Vanga get her information from? If we could imagine the human mind as an antenna, hers had to be an extra sensitive one, catching signals for the exact person, and decisions for the exact problem that interested him or her. Baba Vanga herself could not understand what exactly happened with her, but she was glad that she could be of help and that she is doing something useful.

She was also capricious, vain, she liked compliments, and she liked being told how important she was. She and professor Lozanov had a special relationship of mutual trust. I would never forget how glad she was at the little things that people brought her – like a flower, a toy, an aromatic soap. There was something infantile in her – she was like a child trapped in the image of an elderly woman. Money for her was just insignificant papers.

I was particularly impressed by the cleanliness and the feeling for aesthetics this blind woman had. Baba Vanga wouldn’t let anyone in her room in Petrich, but I have been there and I was amazed by her impeccably done bed, the order, the modest, but very cozy atmosphere. On her bed there was a big Russian doll, with a voluminous pink dress – it was a gift to her from Lili Ivanova. Every morning, Baba Vanga would talk to her flowers, she would tell a different thing to each one, and her garden was so rich and ordered.

Back in those years, at the institute of prof. Lozanov we studied different paranormal phenomena. All of us who worked there were young, enthusiastic people, who believed that experiments were important for the development of science. We made strange experiments,. For instance, in two pots we would plant corn seeds. One of the plants we would call “positive” and the other one “negative”. The first one we would surround with very good feelings, from the moment of planting it;  we would talk to the seeds to grow, to become big and strong, to be healthy and to breed the best little corns. And towards the other plant we would deliberately behave badly. We would tell it: “Nothing will come out of you, look how weak you are…” The corn plant surrounded with love would grow considerably faster, its leaves were greener, while the other one would waste away. This led us to the conclusion that feelings were a huge power. They direct the mind, they taint the facts. One tree could be green, but a man’s feelings could make him or her see it as red, brown and so on. For me, the biggest challenge is to decipher the huge potential of emotions, the power of the subconscious, the subjective judgment – which is this thing that makes us like one person and dislike another, trust one person, as if he’s god and run away from another, as if he were the devil.