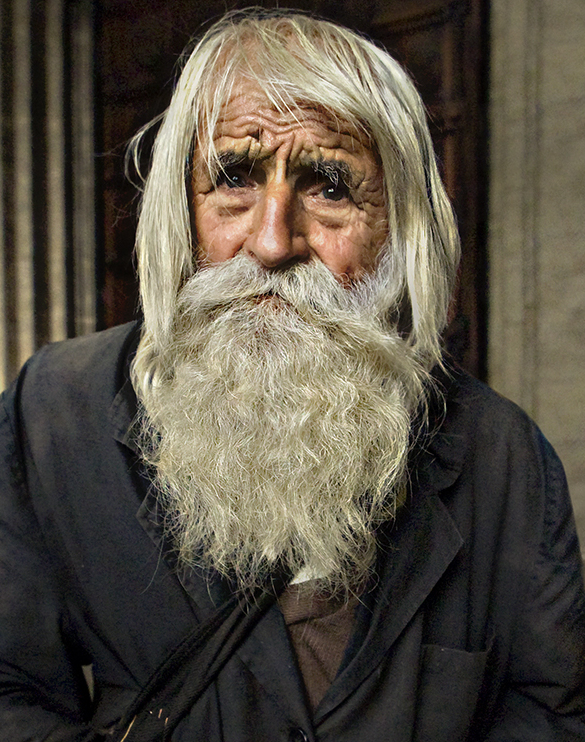 The death of the saint from Bailovo made all of Bulgaria cry.  Dyado Dobri passed away on February 13th, 2018. There is no person in country who has not heard of Dyado Dobri. His story is incredible. And his conversion to religion is a miracle. 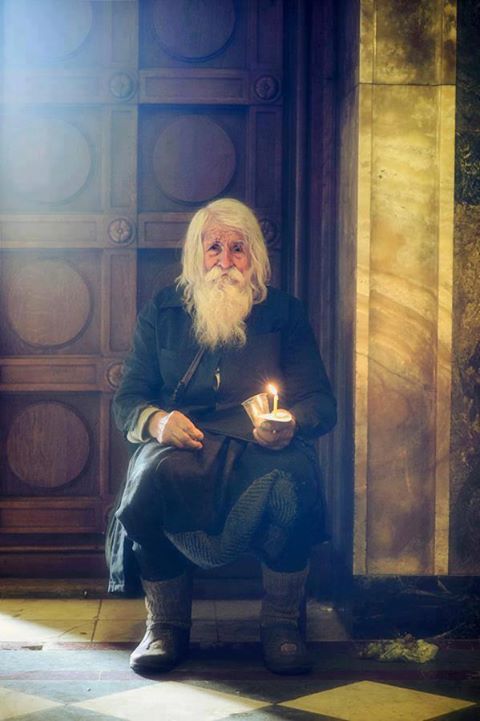 He was born on July 20, 1914, at the height of the First World War. The war that takes away his father and forces his mother, Katerina, to raise and educate her children alone.

Dobre Dimitrov Dobrev, known as Dyado Dobri (Grandpa or Elder Dobri in Bulgarian), did not remember his childhood and education, which took place in the “city”. On the other hand, a date from more than 70 years ago is imprinted in his mind – the wedding in 1940. The time when “the Germans came”.

Also at that time, during one of the bombardments over the capital, a shell fell near him and almost deprived him of his hearing.

“I was standing on the roof of the building where the BNB (Bulgarian National Bank) is now. There was a rumble. It was scary. I thought about what I was doing there. And what is my mission.”

This is the turning point when he began to feel an overwhelming need to communicate with God. He began to visit various monasteries and gradually detached himself from the worldly and entered into the spiritual.

He had five children and outlived two of them. As adults, they spread out in the cities of Sofia and Elin Pelin. One of his daughters took care of him in his little house in the churchyard of the village. It is almost unknown how the life of this living-penniless person went.

Dyado Dobri did not like to talk about himself, because “he was not important”, but the faith and the temples, for which he had been collecting money for more than a decade are. In one of his rare interviews, he mentioned that he was engaged in agriculture. And that’s it.

Almost every day, Dyado Dobri walked or took a bus to Sofia, and in front of the doors of the Alexander Nevsky memorial temple or the church of Saint Sedmochislenitsi, he collected money in a plastic cup, which was then donated down to a penny.

In 2008, Dyado Dobri donated all of his properties to the church. His relatives not only did not understand him, but also chased him out of his native house. Nevertheless, he was not angry at his relatives. He lived in a small annex of the church in the village of Bailovo – just a few meters from the home of Elin Pelin (famous Bulgarian writer).

Nearly two decades ago, he began his pilgrim mission and walked every day to Sofia, where he collected donations for churches and monasteries. In 2005, he donated the collected BGN 10,000 ($7500 usd) to the church “St. Cyril and Methodius” in the village of Bailovo.

Two years later, BGN 25,000 ($13700 USD) were collected by him for the restoration of the Eleshnish Monastery and the church of the village of Gorno Kamartsi.

The following year, Dyado Dobri donated funds to repair the church in Kalofer in 2005 year. The first known amount that he donated was BGN 10,000.

BGN 25,000 have been collected for the repair of the Hellenic Monastery “St. Bogoroditsa” and the Church “St. George” in Gorno Kamartsi. The monastery is nearly 500 years old and was a literary center during the centuries of slavery. With the 15,000 BGN donated, the facade and part of the murals were repaired.

The  church in the village of Gorno Kamartsi has also been renovated, thanks to the founding donation of 10,000 from Dyado Dobri in 2008. 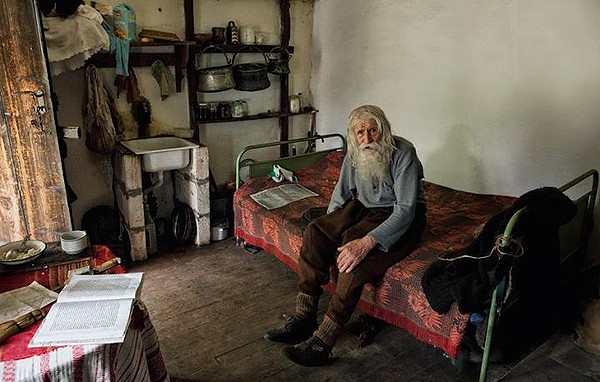 The Kalofer church “St. Bogoroditsa” was financially supported by Dyado Dobri and this allowed the repair of the roof and the dome of the temple. An interesting fact is that the actual birthplace of Hristo Botev (famous Bulgarian revolutionist) is located just a few meters away.

In 2009 year, on the eve of one of the biggest  Bulgarian holidays – May 24, the saint from Bailovo donated the sum of 35,700 BGN for the “Alexander Nevsky” memorial cathedral in Sofia.

On this day, he entered the vestibule of the cathedral as usual, went to the Secretary of the church and said: “let me give you money for the temple” and handed him the donation.

This is the largest documented act of donation in modern Bulgarian history.

In July of 2017, the saint Dyado Dobri celebrated his 103rd birthday. He spent it humbly, alone with himself and without a cake and a family gathering in the church in his native village of Bailovo.

The bright example of this man made people believe that the good is not over after all.

So gradually he became a symbol of what’s real, of love, of the true human that remained in us.