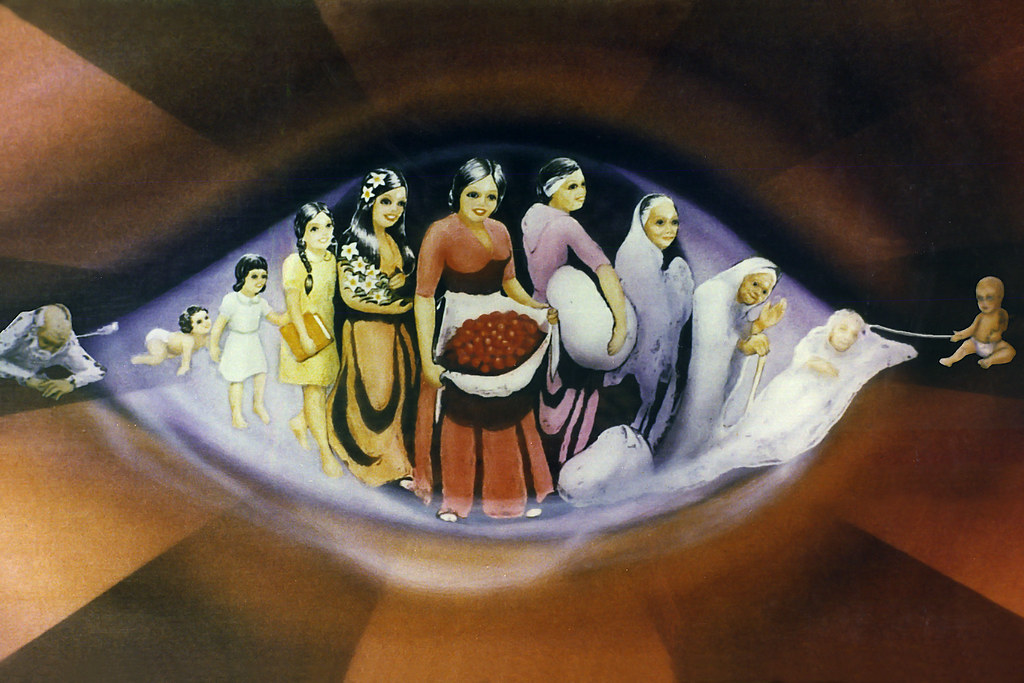 Most pagan beliefs and religions in the world somehow try to answer the question of our origin. The explanations unite around one word: reincarnation

A significant portion of the earth’s population believes in reincarnation. We tell ourselves: we don’t know what’s after this life – no one has come back to tell. But more and more people are looking for connections in time to explain the passage of one human life into another. According to some theories, even primitive people accepted death as a new birth – that’s why they buried the dead in an embryonic position. The most developed ancient civilizations also believed in reincarnation (rebirth) – in Ancient Egypt they believed that the human soul goes through its full cycle of reincarnations in 3 thousand years. According to Eastern teachings, each of us can experience from 5 to 50 reincarnations. Pythagoras also believed and even talked about his past lives – perhaps it was his previous reincarnations as a Trojan warrior and prophet that gave him such wisdom.

Is Reincarnation Real – a Real Case

In 1963, Araanu was born in the Otobeiria tribe in New Guinea. So far – nothing special. But he was born at the time of the death of President John Kennedy, and after a while it became clear that the illiterate native knew many personal facts from the life of the American president. A team of scientists investigated Araanu’s knowledge and confirmed: Yes, the president was reborn. But why exactly there – in this place so different from the places he knows?

How do we understand?

A person remembers past lives only under specific circumstances: trauma, depression, a state of trance or a very strong emotion. According to scientists, past life events can affect a person’s health and behavior. For example, a person may be afraid of fire because he was injured in a big fire in a past life. The ability to speak unknown languages, the presence of specific marks on the body (corresponding to past life experiences), and credible testimonies of the past are also accepted as evidence of reincarnation.

American professor Ian Stevenson began studying reincarnation in the 1960s and was able to study 2,000 cases. He proceeded as follows: he met a man who claimed to remember his past life. After listening to the story of the reborn, he went to the village where the person lived before his death. There, Prof. Stevenson questioned the locals and some of them confirmed that some time ago there really was such a person in their village (as claimed by the reborn), but he died.

According to the professor, children up to the age of 8 have the most and most vivid memories of their past lives. At a later age, our memories become fragmented and must be triggered by a very strong emotion. According to the Eastern sages, the past seems to hide itself out of mercy for people: there are few who can experience death a thousand times and accept the infinitely long journey.

One way to study reincarnation is through hypnotism. Scientists from the University of Munich questioned several hundred people under hypnosis about events they remember from the first three years of their lives. Almost 35% of them “remembered” events that (proven) never happened to them – in this lifetime. And a large number of the hypnotized spoke in languages they did not know. According to reincarnation, the soul leaves the old human body that has lived out its time and takes up residence in a new one. At the same time, all sins and actions from which the person has not learned a lesson, pass into the next life. This is how we get our karma, which we have “earned” ourselves in past lives. Reincarnation is explained as a path filled with search, trial and error (with a chance to correct) to reveal to us the meaning of existence and reach the end enlightened.

To live on old laurels

It is becoming increasingly fashionable to undergo hypnosis and find out what you were like in a past life. Often, people for whom the current life is not particularly successful, bet on this – to discover their great past. Because what could be more pleasant for a woman to find out that she has been, for example, a princess in a past life? Thus, everyone can accept the satisfactory explanation that “yes, I failed now, but I used to be rich and beautiful, and who knows – in the next reincarnation I may become a queen!”… This undoubtedly gives self-confidence. And while skeptical scientists try to debunk reincarnation theories (calling it all a game of fantasy), people like the idea that this is neither their first nor their last life.