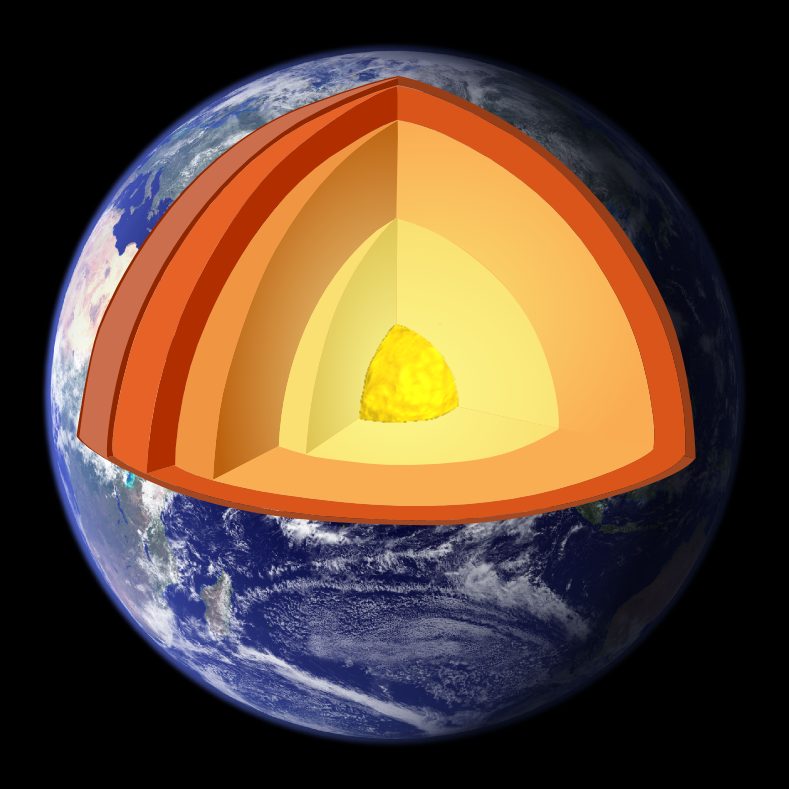 For centuries, the theory of the hollow Earth has had its adherents

If you ask any scientist about the construction of the Earth, he would answer you – inner core, outer core, mantle, upper mantle, crust. A handful of scientists and the majority of esotericists, however, would disagree with this view. It is their point of view that we are going to consider in this article.

Let’s mentally go back in time. Since ancient times, many people and different cultures have been convinced that there is another, invisible world under our feet.

In the myths, legends and folklore of various tribes and civilizations, is strongly implied that such a world of the underworld exists. We can take as an example the underworld in ancient Greek mythology – Hades, the Scandinavian Svartalheim, the Christian Hell, the Jewish Sheol, etc. Kabbalistic and Tibetan literature also mentions a similar “dark” place. The Tibetans tell a story that has been handed down from generation to generation, according to which there is an ancient city – Shambhala, which is located inside the Earth.

Indian legends tell that there is a world under the Earth and they are the first to come out of it, and their mission is to populate the surface. Eskimos also have a similar belief, coming from their folklore. The ancient Incas – too. According to the legends of many of the cultures listed above and thousands more unmentioned, many secret cave entrances and portals lead to the world beneath our feet.

In the 17th century, the famous English astronomer and mathematician Sir Edmond Halley formally made such an assumption. At the time, however, his theory was refuted by other scientists and by the non-believing society as a whole. Two centuries later – the theory of the hollow Earth is gaining popularity again, although during these two centuries there are periodically people claiming this.

In the 19th century, famous scientists such as John Cleves Sims, Jr. and Jeremiah N. Reynolds started working on the subject  and concluded that our planet was completely empty inside. Sims not only claimed that the Earth is hollow, but that it consisted of different levels within its interior. Jules Verne’s novel “Journey to the Center of the Earth” from 1864 also played a big role in popularizing this theory.

In the 20th century, Hitler and Nazi Germany took great interest in the hollow earth theory. They took it so seriously that they organized as many as 3 missions to Antarctica. According to conspiracy beliefs, the emissaries of the Third Reich found what they came for. What’s more – according to them, Hitler’s mysterious disappearance after the end of the war happened precisely there – he was admitted to the other world, located under our feet.

Now let’s go back to our time. Two of the scientists’ main proofs of their claims are volcanic eruptions and gravity. However, they do not seem convincing at all according to the supporters of the theory of the hollow Earth.

In June 2014, scientists studied the Earth’s mantle. But they don’t get far.

“We have barely scratched the surface of the Earth. We drilled until 8 miles inland, but had to stop because it got too hot. It’s 4,000 miles to the center of the Earth, we’ve only reached 8. That’s nothing,” said John Brandenburg, one of the researchers on the mission.

This gives the Earth is hollow proponents even more reason to say (and rightly so) that ultimately no one can know and say for sure what’s inside. And they refuse to agree with the opinion expressed by the scientific community. According to them, there is a whole other world inside the Earth, as were the beliefs of the ancient people. This world, in their opinion, is inhabited by beings of a superior race. They have trains and other vehicles by which they move around in their own world. In addition, in the center of the Earth there is another Sun like ours.

Many scholars of the past and today believe that there are indeed entrances to this inner world. Most theories suggest that they are located at the South and North Poles. In 1947, the famous polar explorer Admiral Richard Byrd went on a mission to the North Pole. In his personal journal, he wrote about a mysterious land beneath the North Pole, which he called the “Center of the Great Unknown.”

He notes that he has come across a large green area in a place where it is absurd to have one. There were even rivers, mountain slopes, animals, trees. 3 years later, Byrd also headed to the South Pole. Rumor has it that when he reached Antarctica, the first thing the admiral encountered was an entrance to the world below the Earth’s surface. Admiral Byrd recorded in his diary many strange things, including the existence of an unusual flying apparatus (it is supposed he was referring to a spaceship) that could fly from one pole to the other. It is rumored that when he returned to the US, where he was thoroughly questioned about his experience, the admiral was kept quiet about the incredible discoveries he had made.

According to insider Cory Goode, who claims to have personally visited Earth’s interior several times, there lives a civilization called the Anshar. He says that in the inner world, unknown to us, it was very bright, but no shadows fell. The Anshar people explained to him that they make light from sound, whatever that means!

Corey Good also says that in this other world there was a complete ecosystem with forests, rivers, animals, just like ours and just like those described by Admiral Byrd. Another interesting thing about his story is that the people living inside the Earth have very advanced technology controlled by the power of consciousness and were people from the future who came back here to help people. They are, in Goode’s words, karmically bound to us.