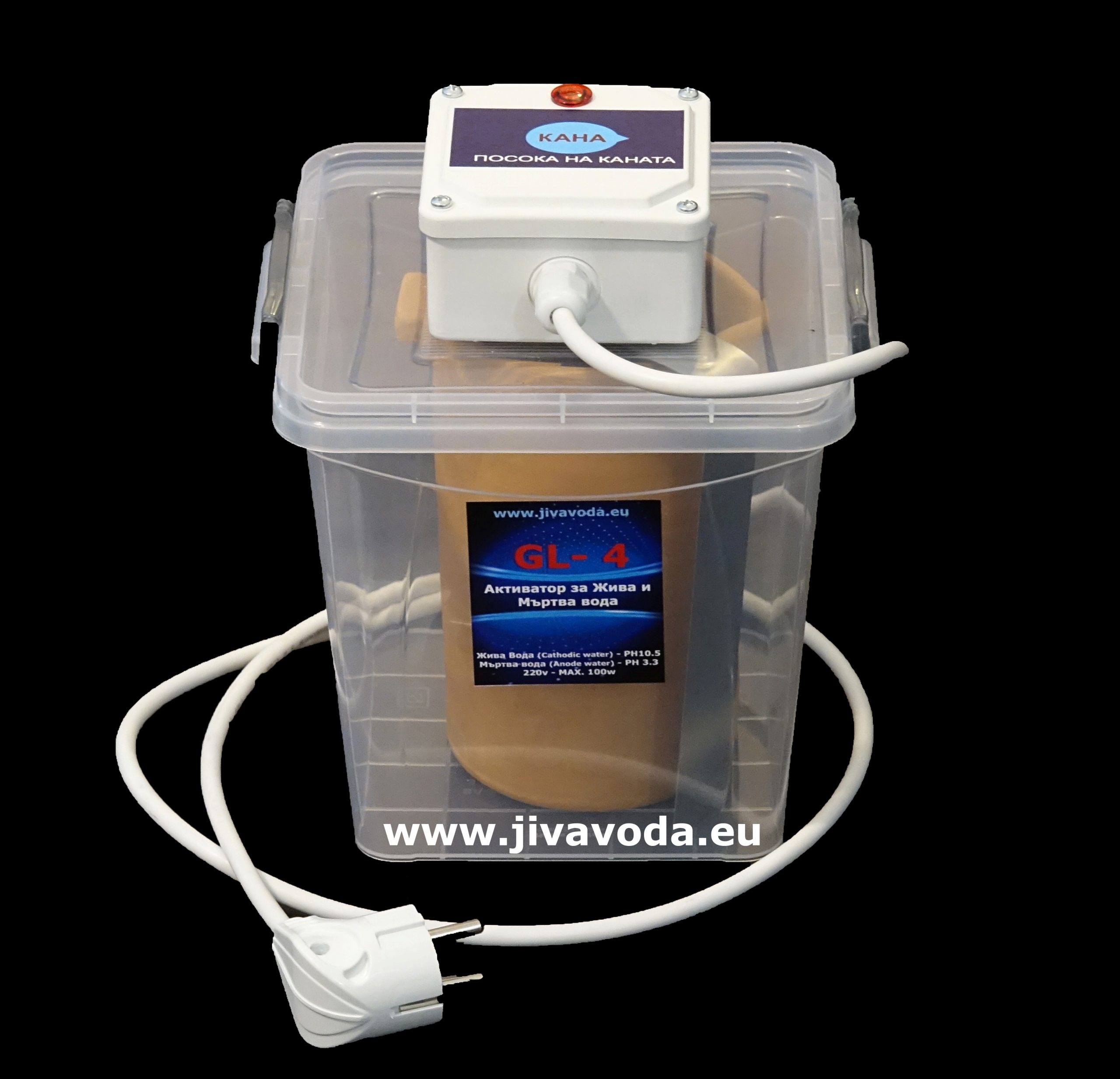 The inventor of the device to prepare aqua vita and dead water, L.I.Krotov, is widely known in the circles that have had the need of prophylaxis or water healing with aqua vitae and dead water.

So, in the beginning of 1981 L.I.Krotov had a diagnosis: inflammation of the kidneys and an adenoma of the prostate. The future inventor of the miraculous device went to hospital. He spent more than a month at the urological ward of the Stavropol medical institute (the town of Stavropol is in the Caucasus). When he was offered an operation of the adenoma, he refused to be operated on so he left the hospital. From that moment on he began to act by himself.

He was very ill but nevertheless he worked on the device for aqua vitae and dead water for more than three years. In the journal Inventors and Innovators there was an article Unexpected Water. In the same journal there was an interview with an academician from the Uzbek Academy of Sciences under the title Activated Water is Perspective.  Krotov made his first tests on the water he received on the wound on his son’s arm which would not heal for six months. The water healing exceeded all Krotov’s expectations. The wound healed on the second day! Krotov began to drink aqua vitae, half a glass before meals, three times a day, and felt an obvious relief. His adenoma disappeared after a week. His radiculitis disappeared, too, and his swollen legs became normal again. His blood pressure became normal, too.  He went to the polyclinic one week after he began drinking the aqua vitae. After the tests doctors were amazed to see that he was completely healthy.

Miracles continued. A neighbor spilled boiling water on her arm and received burns of the third degree (there are four degrees of burns; the second and the third degrees mean that over 15% of the skin is burned). She used aqua vitae and dead water from Krotov’s device and after two days there was no sign of the burn. The son of a friend of Krotov’s had pus in the veins and there were deposits in his throat. Krotov recommended the boy to start gargling with activated water. The boy began to rinse his gums and gargle with dead water; after that he drank a glass of aqua vitae. The result was that the boy got rid of all his ailing after three days.

More than 600 people with different diseases were treated with the miraculous water and in all cases the result was positive.

The water was tested in the laboratory of Stavropol Water and Sewerage Company (aqua vitae — 11.4 units, dead water — 4.21 units) and the results showed that this concentration decreased with only several hundredths for a month and temperature did not influence the water activity.

After inventing the device, Krotov made a practical schedule of procedures with activated water healing for a number of diseases and he defined how long the treatment should be, and when the process of recovering could be expected.

How does the device for water healing work?

Here is a video link demonstrating how the device works (it’s in Bulgarian).

So, water offered the scientists the next mystery when they treated it with electric current. The same effect was observed earlier with electrolysis but as a temporary effect: if you run electric current between the two electrodes dipped in water, around one of them, the anode, acidic environment is formed, and around the cathode, alkaline environment is formed. After the current is switched off, the water becomes neutral again.

A semipermiable barrier was put between the electrodes without distorting the effect so that mixing environments, formed by the electric current, was prevented and two different liquids, anolyte and catholyte were obtained. They were examined and the new active properties of the unusual water were discovered: the anolyte has surviving properties, the catholyte has restoring properties.

Workers from the food industry were interested how acidic water could prolong shelf life of perishable products. Doctors were impressed by the fact that it stopped inflammation processes and was suitable for the treatment of scratches and wounds. Treating scratches and wounds with alkaline water accelerated healing.

Experiments with plants showed curious results: some plants were watered with ordinary water, others with alkaline water (catholyte) and some with acidic water (anolyte). The first group developed well, the second group grew much quicker, and the third group did not grow at all. When the third group was watered with alkaline water, the plants began to grow very quickly, much quicker than the first two groups.

Doctor Smelova, MD, who is a healer, too, said about the device, “Its performance is very simple. We know from chemistry that all liquids are electrolytes. Water is one of the purest electrolytes; there is some quantity of metals and mineral substances in it. Under the influence of the electric current the chemical reaction results in alkaline, positively charged, aqua vitae and acidic, negatively charged, dead water. The human body is in fact a big biochemical laboratory. Seventy percent of it is water. The acidic environment has the property to kill dangerous bacteria and viruses and helps cleanse the parts of the skin or the internal organs where there is inflammation. Inflammation is a result of intensive breeding of micro organisms. Alkaline environment restores damaged tissues. A biochemical oxidative and recovering reaction takes place”.

What is the device for aqua vitae and dead water?

The device is a vessel separated into two parts by a semipermiable membrane. The electrodes, the anode and the cathode, are placed in the compartments and a DC source is switched on. The essence of the process is actually in the fact that ions penetrate through the membrane under the impact of the electric current and create higher concentration of cathions and anions in the two compartments of the vessel. After the electric current is cut off, the concentration of cathions and anions is not equalized due to the bad penetrability of the membrane.

This device is often called electrolyser, hydrolyser or activator. The water obtained is called activated water.

The effect of the water obtained by this wonderful device is universal and often prophylactic. It is important to know what the quantity of the water and the duration of the treatment are. It is essential to know that you should not use too much water for too long time as the acidic and alkaline structure of this activated water has a very strong effect so you can use aqua vitae and dead water in small doses for not more than three or four days.

You can find more detailed information how to use aqua vitae and dead water in the following table.

Note: If you use only AV, you will feel thirsty, so you have to have compote (stewed fruit) or sour tea. The interval between drinking AV and DW should be no less than two hours.