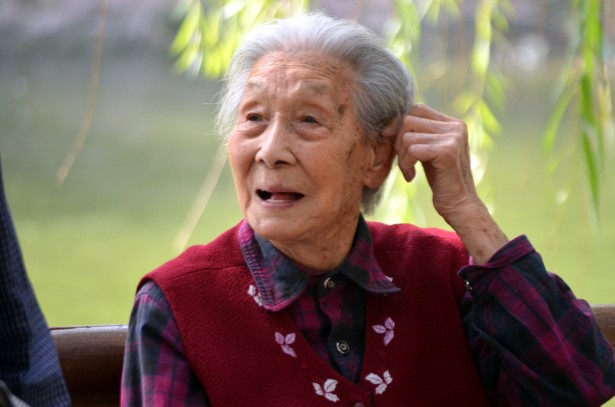 Ever wondered what do centenarians have in common in order to live such a long and healthy life? Below are some of the most common traits that most centenarians share.

As we all know, these factors are extremely important for long life. Most of the centenarians love cleanness and water. Even when they are elderly, even in cold weather, they strengthen their bodies with water procedures and bathing in springs and pools in the open. It is very good for your health if you use mineral and hot springs for hygiene purposes.

Apart from the cleaning effect of water, it has other properties, for example, it can earthen and remove negative energy accumulated in everyday life. Baths, spa and contrast showers are very useful.

When you wash or take a bath or a shower, you should use neutral soap; you should not use too many shampoos and other kinds of soap as they damage the protective acidity of the skin.

Most centenarians have good stable families and there is a harmonious relationship between the spouses. Their marriages very often last for more than fifty years. Surveys show that lonely people, bachelors and spinsters grow older quicker and die comparatively young. Most of them can have psychological problems and be mentally disturbed.

Sex life is a very specific sphere which is important for your good health and long life.  Here it should be emphasized that sex energy is an extremely powerful source of vitality and should be used carefully and wisely. Most of the centenarians surveyed have normal sex life to very old age; some of them have children after they are one hundred years old.

The key word, like many other things about centenarians, is moderation. Sex energy should not be used too often as that can lead to various diseases and even to untimely death. You should observe the intervals of cyclicity and the requirements of the seasons. Sexual contacts are activated in spring, they increase in summer and autumn; in winter they should be restricted or even stopped. Different experts are of contradictory opinions about the frequency of sexual contacts but, on the whole, opinions vary depending on the age. However, all experts recommend moderation and temperance. As experience shows, longer pauses between sexual contacts considerably increase the interest and pleasure from the act

An expert in Tibetan Qigong (literally “Life Energy Cultivation”) and Wushu recommends the following pattern to release jing (semen energy) according to eastern medicine and Dao (Tao) practices Qigong is a holistic system of coordinated body posture and movement, breathing, and meditation used for health, spirituality, and martial arts training. With roots in Chinese medicine, philosophy and martial arts, Qigong is traditionally viewed as a practice to cultivate and balance qi (chi), translated as “life energy”. Wushu is an exhibition and a full-contact sport derived from traditional Chinese martial arts. Taoism, also known as Daoism, is a religious, philosophical and ritual tradition of Chinese origin which emphasizes living in harmony with the Tao (literally “Way”, also known as Dao.

Here are the recommendations how often to release jing:

You should have only one partner; he/she should be healthy and you should trust each other fully.  Different kinds of energy are exchanged between the partners during a sexual act and this process is considered to be a tool for spiritual development according to eastern disciplines such as Tantra Yoga, Dao and others. This matter is rather specific and requires special knowledge and preparation which you can receive from specialized literature. In any case, you should be careful and cautious with this complicated matter.

Together with your diet, this is an exceptionally important section which defines human long life. If you study the biographies of centenarians, you will see that they all were dynamic people, physically active and hard-working. They were mostly physical workers: farmers, shepherds, foresters, teachers of martial arts, craftsmen and others. The ones who were intellectuals, combined mental with physical work or replaced physical work with sports, tourism, walks in the country and psychophysical disciplines such as Yoga, Qigong, Wushu, Dao–Yin and others.

In Lu’s Almanac from the third century B.C. there is a Chinese proverb about physical exercises which says, “Flowing water never goes bad; door hubs never gather termites”. The same is valid for the physical and vital energy of man.

Eastern disciplines and especially the Chinese disciplines differ from western sports. In the East they strictly observe the principle of moderation and compliance; they avoid exhausting exercises and overstrain. With eastern disciplines you strengthen your body and also concentrate your mind; you learn how to direct vital energy in the right way and to obtain peace of mind and harmony with nature. Contrary to this, western sports set on competition, achieving records and confrontation. Champion mania wears out the body. Tests show that competitive sports are rather harmful for the body and are not good for the athletes’ health. Athletes are in fact modern gladiators, and sponsors and advertisers profit out of them. Instilling false values can turn people into easily manipulated idiots. This is a fact!

In this respect, especially dangerous are the so-called Olympic sports. Athletes are stuffed with anabolic steroids and brand chemistry and are squeezed like lemons. Very soon they become ill of various diseases of the liver, the kidneys, and the joints. They have multiple traumas, and sometimes they have even cancer. Untimely death is often to be met within their circles but nobody speaks about that.

As far as long life is concerned, the most useful exercises for good health are exercises and natural movement in the open: running, jogging, swimming, tourism, heel-and-toe walk, martial arts, Yoga, Qigong, Tai chi (an abbreviation, literally it means “Supreme Ultimate Boxing”; it is an internal Chinese martial art practiced for both its defense training and its health benefits), folk dances and others. From martial arts especially useful for the full development of the human body are various styles of Wushu. Practicing Qigong, Dao Yin and massages gives excellent results.

Xu Xin from the Jin Dynasty left his job as a civil servant and became a doctor. He practiced Dao-Yin and lived for 136 years. He was called Xu, the Real Teacher and the exercises which he practiced are given in the book The Miraculous Fencing Art (Lin Jian Tse).

Hui Ki, a disciple of Bodhidharma, who was a Buddhist monk and lived during the 5th or 6th century, practiced Qigong and Chan (Zen) Buddhism. He lived for more than 100 years.

Most useful for your health are natural physical exercises which do not require overstrain and overloading the body. They can be practiced for a long time and all the body is loaded to an equal degree. Exercises which require high mental concentration and attention are the best.

If you practice a psychophysical discipline, suitable for your body, you will see that it is extremely interesting and it will give you a new understanding of life. Your vital energy will be correctly directed and channelized; you will achieve harmony with nature and your environment. These exercises bring very big pleasure and joy and you will feel satisfied and peaceful.

Spiritual life and mental health of centenarians are very important and should be studied. Surveys show that most centenarians were religious people or believers.  There were people of different religions such as Christians, Muslims, Buddhists, Taos and others. If we exclude the closed monk communities, the greater part of centenarians did not lead cloistered life. They lived in a community in the country far from cities. Their faith disciplined them and built their harmonious inner peace. Some of them practiced martial arts, Qigong, calligraphy and meditation but that was like a continuation of their religion and helped enrich their spiritual lives and considerably improved their mental health. So, if you eliminate negative emotions that will help you a lot.

Huang Di nei jing (literally the Inner Canon of the Yellow Emperor or Esoteric Scripture of the Yellow Emperor) summarized the experience of centenarians from ancient times. The Inner Canon is an ancient Chinese medical text that has been treated as the fundamental doctrinal source for Chinese medicine for more than two millennia. It recommended, “Do not let yourself be depressed by confusing thoughts; try to be calm and optimistic; be kind; keep sound your body and soul. Then you can live to be a hundred” (IV c. BC).

The Inner Canon of the Yellow Emperor reveals that emotional and psychological factors are among the most important causes of diseases. Moral and virtuous people live longer. A lot of Chinese centenarians from ancient times practiced spiritual activities and art; they liked philosophy, music, chess, draughts (wei zi), calligraphy, drawing, flower arrangement, and park art. This is valid for centenarians in China today. If you read suitable books, if you meditate and practice mental work, that will help you have a long life. Many intellectuals created their best works and fully developed their creative potential when they were old.

Zhao Weishan was a scholar at the time of the Zin Dynasty (1644 – 1911). He is the author of Episodic Notes on Healthy Lifestyle (Lao Lao Hung Yen). In his book he recommended “not to give up studies because of age”. He also noted that “you should not doom your mind to idleness and allow it to turn into a piece of cracked wood or dead ashes… When you concentrate it, it would not be slothful to serve you”.

An old saying says” When I am ill, I do not call a doctor; books keep my health and my life”.

To train your mind is very important and that should continue throughout your life. In Yoga there are special sectors Jnana Yoga (Yoga of Knowledge) and Laya Yoga. Jñāna yoga (“union due to pure knowledge”[1]) is one of the three classical types of yoga, Laya yoga attempts to locate the five main energy centers in the spine and the two energy centers in the head and channelize them through meditation. These two kinds of yoga deal with philosophy and natural and esoteric sciences; they also deal with magic diagrams and colours.

In Qigong, Daoism and Buddhism there are analogous practices connected with meditation. In Chan (Zen) Buddhism there is a system of kōans. A kōan is a story, dialogue, question, or statement, which is used in Zen practice to provoke the “great doubt” and test a student’s progress in Zen practice. These tasks can sometimes take years when you work on yourself physically and spiritually.

Scientific research shows that after the age of forty in the human brain some degenerative processes begin. If you load your brain regularly, it will atrophy slower. If you compare elderly people, who actively use their brains to educate themselves, with people of the same age who do not, you will see that in many cases intellection saves people from senility and dementia. Naturally, there are exceptions. Some centenarians, in Bulgaria as well, are illiterate, they cannot read or write. Probably in their case there are other mechanisms which compensate intellection. However, some research in Japan shows that intellectuals have better perspectives for long life than people from the country who are physical workers.

Anyway, the combination of physical and mental work is the best.