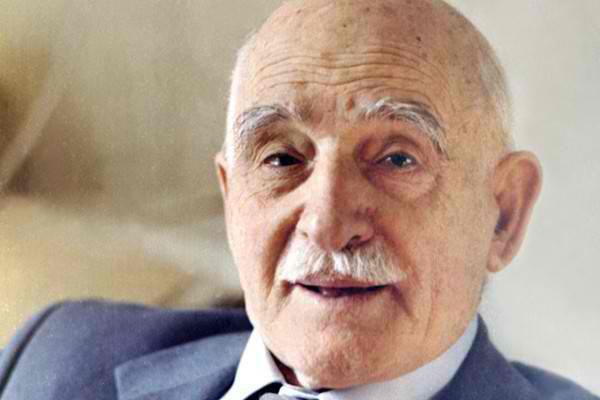 Phytotherapy uses the medicinal properties of harmless (non-toxic) plants to treat different illnesses. It is a branch of naturopathic medicine and should be regarded as an integral part of naturopathy as is the case with hydrotherapy, sun and air therapy, labour therapy, adopting a vegetarian diet, etc; phytotherapy should go hand in hand with all of these.

One of the main goals of the true art of healing is to select the appropriate method of healing among the wide variety available for each patient.

Phytotherapy – the use of the healing properties of plants for medicinal purposes – has grown in popularity all over the world over the last decades. It has always played a part in the treatment of certain illnesses. Folk medicine is a source of inspiration for the creation of new medicines to this day.

When preparing powders from medicinal plants, always make sure to use well-dried leaves, roots and seeds. Crush them with a pestle and mortar and then sift them through a fine sieve. The rough powder can be used for infusions while the fine one is added to salves or used for mixtures taken internally. It is better to prepare the powder when you need it. You can sprinkle medicinal herbs ground into a powder on your food just as you would sprinkle salt or pepper but only if the herbs have been collected by healthy people.

Infusions are water extracts of medicinal plants. Cover the roots, bark, wood, seeds (flax seed, quince seed, salep*, etc) with cold water and let them sit. (*salep is a flour made from the tubers of certain orchid species). Bring the mixture to a boil, boil for 10-30 minutes following the instructions below and strain afterward.

Boil all bitter herbs for 10-15 minutes; let the infusion settle, strain and drink a coffee cup or a small wineglass of the cold mixture in the morning, at noon and in the evening before a meal. Usually 2 spoonfuls of the herbs are boiled in half a litre of water.

Boil all non-bitter herbs for 5-10 minutes; let the infusion settle, strain and drink a wine glass or a water glass of the mixture (cold or warm) in the morning, at noon and in the evening 15 minutes before a meal. Usually 2 spoonfuls of the herbs are boiled in half a litre of water.

The roots of other herbs (nettle, blackberry, burdock (Arctium lappa), etc) should be boiled until only half of the liquid is left in the container.

Melt vaseline over a low heat, leave it to cool down a little and stir in the powdered herbs. If the salve becomes too thick, add some olive oil; if it is too runny, add wax. Salves should be stored in tightly sealed containers and in a cool place.

One should never be forced to drink infusions. Infusions are preferable to powders because the heat used during their preparation kills any microbes that might have contaminated the herbs. When it comes to phytotherapy, the rule is less is more: 3-5 skilfully combined herbs very often have a much greater beneficial effect than a recipe overladen with ingredients.

HOW TO COLLECT, DRY AND STORE HERBS, ROOTS, SEEDS, ETC.

You should pick herbs and the leaves of aromatic plants while they are young, juicy and in bloom. It is generally believed that the best time to pick herbs is in the spring. You should go picking on a clear, dry day, ideally at noon. Pick only clean and fresh leaves with no signs of withering. Lay them out to dry on paper or a linen or cotton sheet in a thin layer in the shade. If you pick herbs with the stems, gather them up in bunches and hand them to dry in a shady and windy place – under the roof would be ideal. If the herbs take a long time to dry and there is a chance they might get mouldy, it is best to move them to a warm room.

You should collect seeds and pick berries only when they are fully ripe.

Put the seeds you have gathered in a container of water and keep only those that sink to the bottom.

It is best to collect bark, acorns and buds in the spring before the leaves come out. Throw away the moss and any damaged bits and dry the rest in moderate heat. You should only take bark off the trunk and branches of young and healthy trees.

The story of Bulgarian folk medicine is as old as the history of the Bulgarian people. The geographical and ethnic conditions under which the Slavonic-Bulgarian state came into being and developed give ground to believe that Bulgarian culture has arisen and developed out of the cultural heritage left behind on its territory by the Thracians, Slavs, Greeks and Romans. Legend has it that Orpheus is the father not only of Thracian music and poetry but also of Thracian medicine. According to the legends, one of Orpheus` followers and students was Asclepius, the god of medicine.

Written evidence of Bulgarian folk medicine dates as far back as the second half of the 9th century A.D. This period – the end of Boris I`s reign and the subsequent reign of Simeon I – is also known as the Golden Age of Bulgarian Culture. A contemporary – the great scholar, theologian, preacher, philosopher, grammarian, writer, naturalist and physician John the Exarch – was the first to write a description of the human body in Slavonic-Bulgarian and also the first to coin a set of anatomical terms in Slavonic-Bulgarian. Many other scholars and physicians have looked after the health of the Bulgarian people after him but no written evidence of this remains. Legend has it that the fathers of Bulgarian folk medicine are Boyan the Magus (Benjamin), one of Tsar Simeon`s sons, and his follower Basil the Physician. Unfortunately, almost all written records in Bulgarian from this Golden Age period were destroyed either by Greek phanariots or Bulgarian Grekomans.

Boyan the Magus was educated in Constantinople, the capital of the Byzantine empire. A clandestine branch of an Egyptian Mystery School – which was something like a global academy of science – was based there. Boyan the Magus, who was a renowned scholar, moralist and philanthropist, was accepted to this school and he gained a considerable amount of knowledge on religion, philosophy and medicine. After he returned to his homeland he created a secret society at the head of which was the priest Bogomil. This secret society gave rise to Bogomilism, which sparked the fight for social justice and political freedom. This, in turn, led to the first wave of anti-feudal sentiment in the world. Bogomilism also paved the way for Bulgarian folk medicine.

Boyan the Magus passed on his knowledge through lectures to those closest to him among the Bogomils (“the perfect ones”) and they in turn tended to the people and taught them the art of healing. Boyan the Magus himself secretly tended to the ill in the wine cellars of certain monasteries and in the woods. Because of his great skill in healing the common people called him Boyan the Magician; they did not make a difference between a Magus (that is, a wiseman, a scholar) and a Magician, (that is, someone who performs magic and casts spells).

A great part of the many Bogomil supporters (“the perfect ones”), their students and followers were killed during the reign of Tsar Boril with the help of the Greek and Bulgarian clergy. The survivors, penniless, scattered throughout Europe, each carrying two bags on their back: one with bread, the other with herbs.

The most renowned Bogomil and physician after Boyan the Magus was Basil the Physician who stood at the head of the Bogomil movement at the end of the 11th and the beginning of the 12th century during the Byzantine rule over Bulgaria. He was an esteemed philosopher, scholar and physician and was rightfully nicknamed the Bulgarian Avicenna. Because of his huge popularity among the common people not only in Bulgaria but also in the whole of the Byzantine empire the Greek clergy put pressure on the authorities and Basil the Physician was burnt alive at the stake at the racecourse in Constantinople in 1114. His legacy, however, lived on. His followers, who scattered throughout Europe, helped to spark and fuelled the process of reformation.

These historical facts clearly show that Bulgaria was home to great thinkers and that the Bulgarian people were, at least in some respects, centuries ahead of the rest of Europe.

I would like to present you, the reader, with my work, which I dedicate to Boyan the Magus, Basil the Physician and the host of know and unknown Bulgarian healers; all of them children of people that have contributed a great deal to the good of Europe and humanity in general.

I also dedicate this book to the loving memory of my dear mother Ekaterina Dimkova, who held the art of Bulgarian healing in very high regard and carefully sought out and collected recipes for Bulgarian folk remedies. In 1900, when I was fourteen years old, she gave me her notebooks and encouraged me to continue seeking out and writing down the methods and resources the Bulgarian people used in healing throughout the centuries. I have been doing so for 75 years now. My book is the result of years of hard and selfless work in the field of Bulgarian folk medicine.